Schimanski is not a new venue. Especially if you know it under its previous name, Verboten. The venue is basically the same. In fact, it doesn’t seem like anything has changed. It does seem, however, that Schimanski has upped their game when it comes to 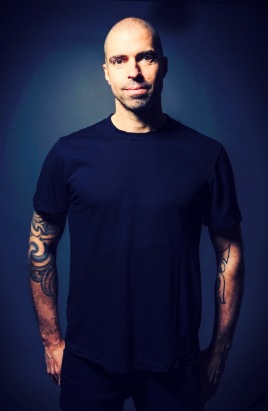 the number of big name DJs appearing at the club on a regular basis. Just this past May, Schimanski had the likes of Robert Hood, Monoloc, Detroit Swindle, Kerri Chandler, Enzo Siragusa, and headlining Memorial Day Sunday, not one headliner but two, Chris Liebing and Mind Against. Schimanski has definitely become a top venue for techno lovers, and there was no doubt a big name would be top bill this holiday weekend. Both acts would certainly draw in large crowds, but with the holiday, even larger numbers were expected. New York did not disappoint.

If you’ve been to Schimanski, then you know the space is divided into two rooms, a main room and then a smaller second room. On some nights, there could be a completely different event or DJ playing in the smaller room; however, the space is really not set up to host two different parties. Unfortunately, this was exactly the case on Sunday night. Right off the main dance floor is a door that leads to that smaller space, and as people were constantly moving from one room to the next there was constant bleed-through creating a train wreck of noise. Luckily, the music in that second room stopped and we were finally able to enjoy the Berlin-based, Italian duo of Alessandro and Federico Fognini, or Mind Against.

Mind Against would have the stand out performance of the night. It’s hard to describe exactly what their style is. In fact, it goes beyond genres and can sound like something you’d hear in a science fiction film with the same intensity and mystery. It is melodic, yet 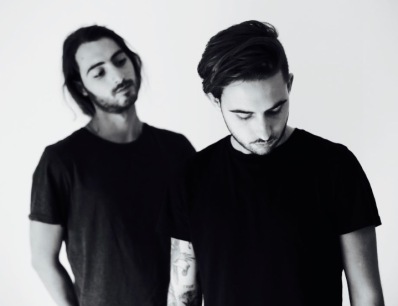 Berlin-based, Italian Duo of Alessandro and Federico Fognini, Mind Against

dramatic, but most importantly keeps you interested and curious about what sounds might come next. Their set was original with influences from IDM (intelligent dance music), house, and techno. Liebing would come on second playing true to his style. However, his set did seem repetitive at times. There could have been subtle variations within his set to make it more interesting but with the crowd noise those variations were often missed. The quality of sound was different when hearing Mind Against as well. Perhaps a lower volume? Hard to say and it could be just personal opinion, but all in all the night was still a solid night of techno from two masters in the industry. This event ranked #3 on our list as top picks for Memorial Day Weekend, which you can read here: Memorial Day Weekend Underground Top 5 Countdown Chris Liebing will be back in New York to play Hyte at Governors Island, July 2nd with Speedy J headlining as the Collabs. And be sure to keep a look out for Mind Against to be back in New York. They are certainly a duo you shouldn’t miss.