The summer season is in full swing and with that comes the summer festivals. Earlier this month, New York saw Hyte hit the shores of Governors Island with a lineup stacked full of our techno favorites. Electric Daisy Carnival hit Las Vegas in mid-June with a line-up that included Carl Cox, Nicole Moudaber, and John Digweed, just to name a few. Detroit techno mainstay, Movement, kicked off the summer season Memorial Day

weekend to nothing but rave reviews from both DJs and festivalgoers alike. Outside of these festivals though, where can techno enthusiasts go to get their summer festival fix?

There are of course other festivals locally here in New York and across the rest of the country but none that take quite the global stage as Hyte or EDC. Mysteryland USA was to be held in upstate New York in June, which ultimately didn’t happen leaving doubt for any future installments. Regardless, the U.S. edition ticked far more to the EDM side than to techno anyways. A sad disappointment and nothing like it’s parent festival in The Netherlands. TomorrowWorld, an extension of the highly attended, highly successful Belgian festival Tomorrowland, is a no-go for this year as well. What gives America? Take a look at the festival calendar in Europe and it’s one great festival after another with many catering specifically to techno music. It makes you wonder why so many festivals are calling it quits here. Why the disconnect.

Take a look at Hyte. I think most people who attended the festival would consider it a success. Hyte returned to Governors Island to a new, much larger space consisting of two stages. The line-up consisted of such headliners as Richie Hawtin, Maceo Plex, Marcel Dettman, Rødhåd, Chris Liebing, Speedy J, Loco Dice, and Maya Jane Coles among others. We’ve said it before a lineup this stacked has not hit New York since Time Warp back in 2015. If Hyte can do it, there must be others that can.

Speaking of Time Warp, it did not return the next year. In fact, there’s quite a pattern there. The Dutch techno festival Awakenings also made an appearance here in New York back in 2015 but it was its first and last appearance as a solo act so far. Awakenings will host a stage at Electric Zoo this coming Labor Day weekend but to be honest, it’s not Awakenings. And anyone who’s attended its events in Europe or its mega festival in The Netherlands I’m sure you would agree. Look at the line-up. One would expect to see some of the great techno DJs that helped build the Awakenings brand and yes, there are some great names there but save the local talent for another showcase. It seems Electric Zoo is playing it safe. Sadly, we think it’s a miss.

Still, it is a great idea for these international festivals to partner with American festivals

like Electric Zoo as this increases their visibility and obviously expands their brand. Many festivalgoers attending Electric Zoo may have never heard of Awakenings but the exposure could prove to be quite lucrative for them in the future. We attended the Awakenings event here in 2015 and considered it quite successful. So why didn’t it return? We’d like Awakenings to return to NYC bigger and better than ever before. We just hope it’s an event worthy of the original.

After Hyte, there was debate over the lack of local DJs in the lineup. We actually applaud this and feel this was one of the reasons Hyte was such a success. Hyte did not play it safe. It paid off for them to keep the talent true to what their brand is about. We’ll admit the U.S. is far behind Europe in terms of festivals. So we get it. You’re not taking a risk on stacking a lineup with DJs the local crowd may have never heard of but give us more credit. There’s a true market here for techno music and that includes the new and obscure talent too. We believe in your brand. Maybe you should too. 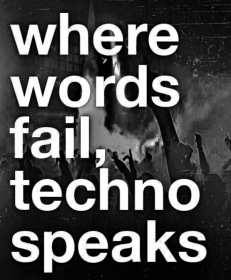 Obviously there are a lot of hurdles and red tape involved with producing an event the size of a festival here in NYC, and quite frankly, there’s a lot of people here who don’t want a festival in their neighborhood. New York attracts a lot of DJs to the city but will it ever have the likes of a Winter Music Conference or an Amsterdam Dance Event? In a city like New York, the city that supposedly never sleeps, the city that gave birth to Nightlife and was home to some of the most legendary artists and venues, what needs to change? Is it the community? Is it a difference in culture from the U.S. and Europe? Is it political? Is it infrastructure? Lack of venues? Lack of space? Is it money? There are so many questions but what are your thoughts? Lets hear your comments and start the discussion.