From Tale of Us, the DJ duo behind the record label Afterlife, comes a podcast series they aptly describe as “an odyssey through the realm of consciousness.” Afterlife Voyage, as it is called, is an extension of Afterlife’s mesmerizing club concept fueled by the forward-

thinking musical identity of Tale of Us. The podcast series is set to feature a range of unreleased tracks and upcoming Afterlife releases as well as several guest artists from the Afterlife family confirmed to contribute to this musical voyage. Tale of Us kicked off the series with a rare 2-hour mix of their own with artists Vaal, Patrice Baumel, Mathew Johnson, and Woo York already contributing their own mixes as well.

It was Patrice Baumel though that caught our attention and introduced us to the new podcast series. Baumel was the guest artist for Voyage 003 and the most recent artist to join the Afterlife family. He is, however, an internationally renowned DJ hailing from The Netherlands with over 2 decades of experience behind the decks. He was a long- 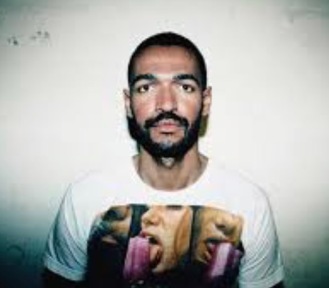 running resident DJ at Trouw Amsterdam, which was one of the city’s legendary and leading venues for electronic music. The venue operated from 2009 to 2015 when it permanently closed its doors. Patrice Baumel hosted his “Black Magic” and “HiFi” nights at the club. He is a perfect partner for the Afterlife label and of course the Afterlife Voyage podcast with his sound that satisfies both mind and body. It’s intelligent dance music, or as Baumel would say, “techno music for grown-ups.”

Voyage 003 was released during the summer months, and as fall begins to set in its the perfect mix for a quick escape, even if only in your mind, to those feel good moments of the past season. Baumel keeps the music underground while masterfully taking us all on a voyage, truly an odyssey through the realm of consciousness. From those first sounds you are trapped, captivated and mesmerized by the subtle, driving sound of Patrice Baumel. There’s no other way to experience it than to just truly live it, which you can do at the link below. Keep your eye on Patrice Baumel if you are just discovering him as he is one not to miss.